As negotiations on the West Coast seem to have slipped sideways, a number of customers have asked what is the outlook for the congestion and delays on cargo arriving to and departing from the US West Coast ports? We asked VP of Ocean for BTX, Tim McElroy, to try to give some insight into the rapidly evolving situation.

What is the situation with the ports on the west coast of the US?


The west coast US ports have been struggling since mid-2014 with increasing congestion. Congestion causes delays to cargo flowing through the port, and there are a number of reasons the industry is citing:

ILWU/PMA Contract Negotiations
The International Longshore and Warehousemen’s Union (ILWU) and the Pacific Maritime Association (PMA) have been in contract discussions since the previous contract expired on June 30, 2014. Terminal Operators and Carriers allege work slowdowns began in the fall as contract discussions began to drag on. The ILWU claims the productivity decrease is a result of port congestion, larger ships and the changes in the chassis model as noted below. 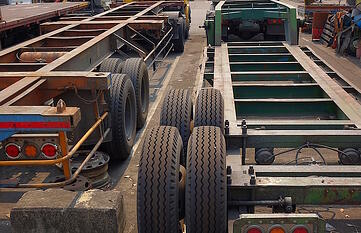 
The trucking community is now forced to lease a chassis from these chassis providers or provide their own chassis to pickup containers at the port. This has caused some inefficiency or changes in operation for both the terminals and the trucking community which in turn impacts other parts of the supply chain.


Trucker Shortage
With the slow down and congestion at the marine terminals, the truckers have been impacted with longer wait times both outside and inside the terminals. This impacts the number of turns they can make a day and ultimately impacts truck capacity.


Many trucking companies are not taking on new business, as well as being booked 5-7 days in advance. This causes containers to sit at the terminals, further exacerbating the congestion and impacting the fluidity. 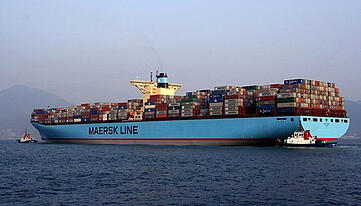 Larger Ships/Congested Terminals
Interestingly, industry sources and data shows that we are really just getting back to the volumes that were moving through these ports in 2007/2008. However, while overall volumes have not increased that much, the volume is more densely concentrated over fewer, and in some cases much larger ships which some will claim further impacts the terminal congestion problems.

Contract Negotiations: What are the major issues?

This is a difficult question to answer without being on the inside of the negotiations and the parties in the negotiations before this week have not said much publicly, beyond press releases. The only public announcements have been agreements on healthcare and chassis maintenance at the marine terminals.

Just yesterday the PMA released the video below on YouTube, which subsequently sparked a response from the Union. We've also included the ILWU statement as a link below.

So when will this be resolved?

It is very difficult to say. We were hopeful with the announcement of an agreement on the chassis maintenance that things would have moved forward in a more positive light. However, given the press release from the PMA and the subsequent response from the Union, as well as other industry experts' speculations, it would appear that things are not heading down a positive path. It is rumoured that there may be a lockout by the employers.

Is there a strike or lockout at the ports?

At the moment there is not a strike or a lockout as a result of the contract negotiations. Both parties--perhaps tenuously--remain at the table working toward a successful contract. At the request of both parties, the Government has provided a Federal Mediator to assist them.

That being said, there is a strong belief that a Lockout by the employers is eminent, with the submission of their “All-In” offer in exchange for the “work slow-downs” to cease.

What alternatives do we have for our shipments to avoid a potential delay?

Ocean gateways via Canada and the US East Coast are options for cargo into and out of the US Inland locations. Mexico is also an option, however connectivity is very limited and expensive. Likewise remember that space on ships to and from all of these options is very tight and booked out several weeks. Rates have gone up significantly. Current delays vary by carrier and service string.

And of course Airfreight is another, though potentially more expensive option.

The fact remains that a large percentage of the capacity to handle cargo remains on the US West Coast and rerouting will work for some but certainly not all of the cargo.

Ultimately, the best thing is to continue to keep in touch with your forwarder, who should provide the best case scenario for you and your freight. There are no easy answers or explanations to the West Coast woes, but hopefully we're approaching an amenable end for all in this, without much more in the way of delays, lockouts or expense for the industry.

That is, I'm sure, the hope of everyone.

Need to catch up on the week's events? Here are a few more news pieces to bring the picture together: